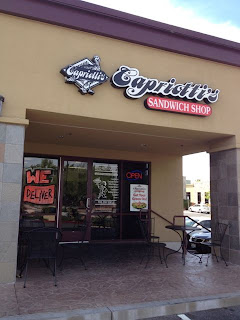 Once in a while we have a hankering for a good Sub; there's nothing like biting into a fluffy, soft, chewy roll upon which your mouth hits payload with a good, thick, hearty deli meat mixed with the crunch of vegetables....it's a mush of satisfying flavors swirling around that's instantly gratifying....(of which we're devout followers...)

Capriotti's is a bit of that East Coast shop, reminiscent of your favorite local neighborhood deli.  A sense of nostalgia sweeps over you upon entering the doors; the black and white checker tiled floors, kids in white aprons running between chaos and order; from the front counter where you order to the back counter with the flat top griddle where all the magic happens, it's a quintessential universal memory.....an American Classic.

Capriotti's has been on several, 'Best Sub Sandwich' lists, with 'The Bobbie' being it's most popular, (it's even made it into Urban Dictionary)....It's definitely earned it's recognition and is worth trying out for yourselves!!!

Click below to read more...
And can I say, there's something about getting that sandwich over the counter, wrapped in it's white butcher paper, thick and weighty like handling a mighty sword; a sense of power  rushes over you as you toss your meaty sandwich up in the air like a baton.....it's like.....Deli Power!!!!! 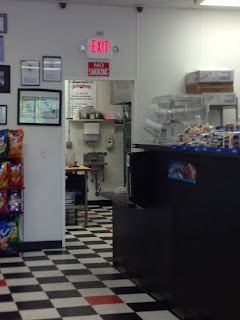 We have two favorite sandwiches that we always get, (by now if you've read our post, you know that once we like something, that's pretty much all we're gonna get..).  Adventurous? Nope. Consistent? Yes..

The Capastrami: hot Pastrami sandwich with Swiss, Russian Salad Dressing and the Cole Slaw is fantastic; it's that blend of piping hot pastrami, with the creamy, crunch of tangy Cole Slaw and Russian Dressing that is just indescribably delicious!!!!

I love the entire process of eating a Capriotti's Sub; unwrapping the white butcher paper and rolling the sandwich out, with big, aromatic wafts filling your senses, it make you ravenous for all that is between the hoagie roll!

This sandwich does not last long on the plate, you find yourself devouring it within seconds!  It is hands down, one of the Best Subs Sandwiches I have ever had...

The other sandwich, of course, is The Bobbie: Home made roasted Turkey with Cranberry Sauce, Stuffing, Provolone and Mayo.  It's exactly the sandwich that all you guys make the day after Thanksgiving!!!

Now we like the Bobbie hot, (I know I know, it's supposed to be cold- but we like the stuffing and turkey warm for some reason).  Cold stuffing isn't appealing......

But it's truly a comfort food dish, and the Turkey is excellent, especially since it's home made!! You must try this place, it will satisfy your Sub craving!! 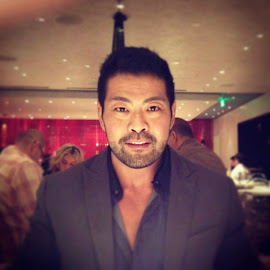